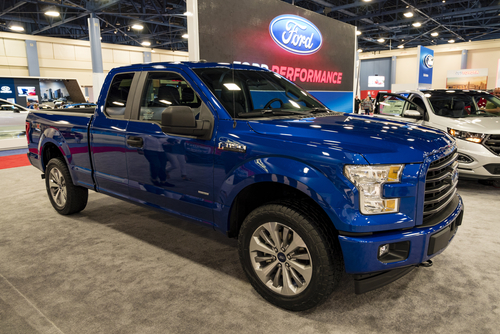 “This quarter shows the underlying health of our company with strong products like F-Series and commercial vehicles around the world, but we have opportunity to deliver even more. The entire team is focused on improving the fitness of the business and smartly deploying our capital to improve both the top and bottom lines in the quarters ahead.” said President & CEO, Jim Hackett.

Its projections for 2017 follow: “Expect full year adjusted EPS of $1.65 to $1.85 with adjusted effective tax rate now expected to be about 15 percent.”

While the company stated North America was the reason for much of its profits, other regions such as Asia and Europe were profitable as well, while other regions just simply broke even.

The main products highlighted were the F-Series, which had its best second quarter sales since 2001, with a 7% gain in comparison to the previous year. Other products by Ford that helped the quarterly earnings was the 2017 Ford Lincoln Continental, which had strong sales in the U.S. and China.

Ford also earned the number 2 ranking of all non-premium brands in this year’s U.S, according to their results.