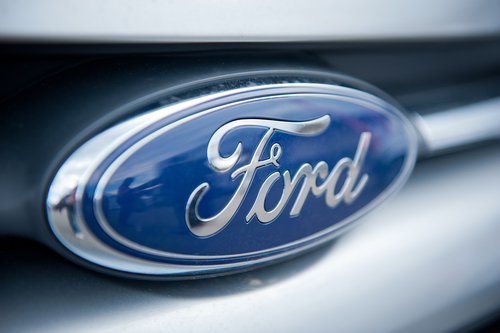 Ford Motor Company (NYSE: F) announced on Wednesday that its North American president, Raj Nair, will be stepping down from his position following reports of inappropriate behavior saying that Nair engaged in behavior “inconsistent with the company’s code of conduct.”

“We made this decision after a thorough review and careful consideration,” said Ford President and CEO Jim Hackett. “Ford is deeply committed to providing and nurturing a safe and respectful culture and we expect our leaders to fully uphold these values.”

“I sincerely regret that there have been instances where I have not exhibited leadership behaviors consistent with the principles that the Company and I have always espoused. I continue to have the utmost faith in the people of Ford Motor Company and wish them continued success in the future.” said Nair in a statement.

While Ford did not disclose specific details regarding Nair’s misconduct, the allegations are amidst a large movement of reports of sexual misconduct against many major companies and its executives.

“This comes at a particularly bad time for Ford, which only last spring ousted Mark Fields as CEO,” Autotrader.com analyst Michelle Krebs said, referring to Mr. Nair’s departure. “Investors and analysts have been unhappy with the seeming lack of a clear direction.”

Ford has previously faced sexual allegations reports dating back as early as 1990 in its Chicago plants after the New York Times had reported interviews from over 100 current and former employees.

Hackett wrote a letter to employees regarding the allegations, saying he is deeply sorry and that the company does not condone such behavior. Hackett said in the letter that he wants to change the shape of company, as he encouraged employees to come forward regarding misconduct.

Nair’s replacement will be announced in the near future, says Ford.

Nair has served as president of Ford’s North America segment since last year in June. He has also served as Ford’s head of global product development and chief technical officer.

Ford shares remained flat on Thursday at open after the announcement.