Ford's Future in the Automotive Industry Relies on Two Partnerships 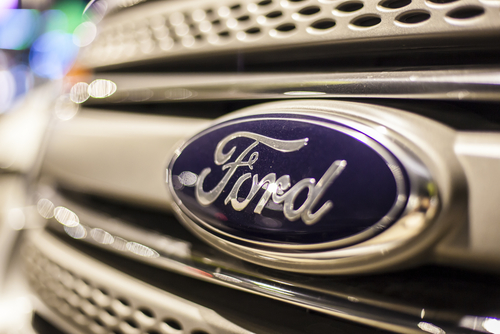 After beating expected earnings a week ago, Ford Motor (F:NYSE)  is trying to change the perception of it being a struggling Company. It is reportedly teaming up with Baidu (BIDU: NASDAQ) in China and Volkswagen (VLKAY: OTC) in efforts for electrification and autonomous driving functions.The Company hopes that this collaborative effort it would save a lot of money, while at the same time aid in Ford’s effort to climb the ladders of the new age of technology in the automotive industry that it is severely lagging behind in.

The goal of the merger hopes to achieve the questions, “How many miles per charge can I get?” and “Can my car park itself?”

Baidu has a growing impact in China and is known as the “Google of China.” It is the industry-leading search engine and a rising force because of its autonomous driving efforts. Baidu currently owns an autonomous driving platform called “Apollo,” similar to the way Google controls Waymo.

In the past summer, Ford and Baidu announced its plans for a two-year collaboration to develop and test driverless cars. It’s focus is in regards to mobility and autonomy. It will begin to test Ford Vehicles installed with components of Baidu’s autonomous software in China before 2019.

Volkswagen, who owns popular brands like Audi and Porsche, are reportedly close to entering into a significant partnership with Ford. Reports have cited a partnership with a focus on commercial  trucking solution. This collaboration would help Ford’s goal of improved mobility among their automotives. The plans are unclear as of now, but the two may be working on a setup similar to that of Tesla’s which allows drivers to charge their cars all over the country in a massive Supercharger network.

In Ford’s recent decline, with shares down 20% in 2018, the Company hopes that these future plans will restore the Company to a better position.