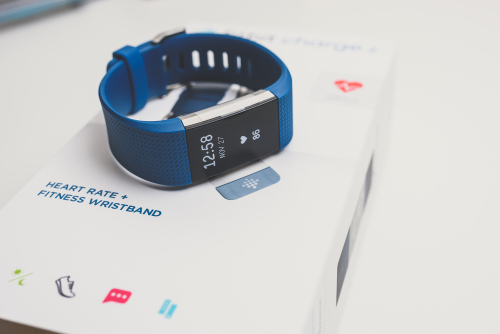 Non-GAAP net income was USD 10 Million, or 4 cents per share. Analysts had expected a loss of one cent per share.

Revenue growth is driven by its smartwatch business. The Company said it sold 3.5 million wearable devices. Smartwatch revenue grew to 49% of total revenue from less than 10% a year ago. Average selling price increased 3% year-over-year to $108 per device.

“We have been incredibly focused on executing our transition plan and as a result, saw a return to profitability this quarter, and are re-affirming our full year revenue guidance of $1.5 billion. We succeeded in growing our healthcare business by 26% and diversifying our revenue to compete in the changing wearables category and saw sequential growth in both tracker and smartwatch devices,” said James Park, co-founder and CEO. “We are now the number two player in the smartwatch space in the U.S. - a category we just entered with zero share only fourteen months ago. We also launched our most advanced tracker yet, Fitbit Charge 3, which is blurring the lines between trackers and smartwatches and is already one of the top selling devices in the U.S. All this shows the power of the Fitbit brand and our ability to continue to deliver a wearable platform consumers love and that drives positive health outcomes.”