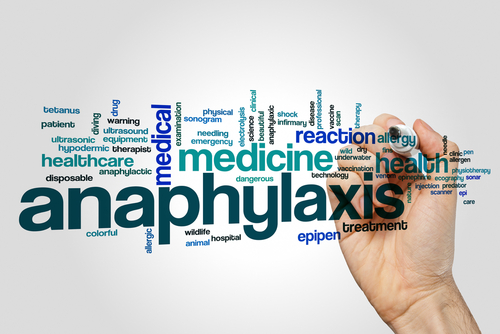 Adamis Pharmaceuticals Corp. (NASDAQ: ADMP) shares jumped more than 60% on Thursday, after the U.S Food and Drug Administration (FDA) approved the Adamis’ Epinephrine injection, a generic version of a Mylan N.V.’s EpiPen, which is an expensive bestselling treatment for severe allergies. The agency has also approved the trade name of Symjepi.

Symjepi provides two single dose syringes of epinephrine (adrenaline), which is considered the drug of choice for immediate administration in acute anaphylactic reactions to insect stings or bites, allergic reaction to foods (such as nuts), drugs and other allergens, as well as idiopathic or exercise-induced anaphylaxis.

Mylan’s EpiPen has been heavily criticized for being unaffordable, yet a crucial treatment for many. Currently, EpiPens costs range between $630 to $700 without insurance, and the new generic version retails for about $225 to $425. Mylan launched generic EpiPens earlier in 2016 to try and improve its public image.

As reported by NBCNews, Adamis said it is still looking for a distributor, therefore the exact price of the new EpiPen competitor is not known yet. Adamis spokesman Mark Flather said Symjepi is intended to be a "low-cost alternative" to EpiPen and similar products, and the company is aiming to sell it for less than generic EpiPens.

Dr. Dennis J. Carlo, President and CEO of Adamis, stated, “We are very excited by this approval, and at the same time, are already preparing to submit our second NDA to the FDA. This second submission is for the junior version of Symjepi. We are committed to helping patients by providing them with additional therapeutic choices. With an anticipated lower cost, small size and user-friendly design, we believe Symjepi could be an attractive option for a significant portion of both the retail (patient) and non-retail (professional) sectors of the epinephrine market. We are currently in the process of exploring all of our commercialization options and in discussions with potential partners in order to facilitate broad patient access to this new epinephrine treatment option and to maximize the value of our important asset. In the interim, we expect to build inventory levels in preparation for an anticipated launch in the second half of this year.”