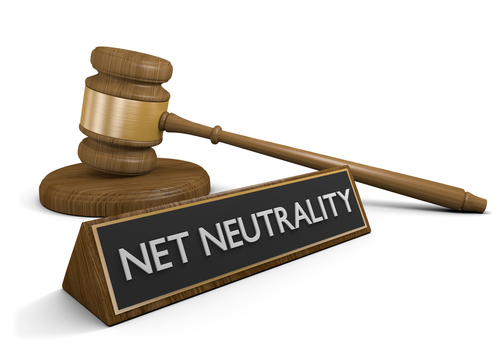 The FCC’s Chairman, Ajit Pai released a statement in late November saying that the Commission will end net neutrality regulations, allowing internet service providers or ISPs to control and charge content to users.

Net neutrality was implemented during the Obama administration to prohibit ISPs from intentionally slowing down or blocking certain sites to users. This also prohibited ISPs from charging extra fees to access more services and features.

The FCC’s decision will allow companies such as Comcast Corporation (NASDAQ: CMCSA), AT&T Inc. (NYSE: T), and Verizon Communications Inc. (NYSE: VZ) to have control over their services with little to no government regulations. Comcast alone provides internet to nearly 110 million in the U.S.

Internet users flocked to online forums to spread awareness and create petitions in order to stop the end of net neutrality.

Schneiderman investigated allegations that over 21 million users who submitted comments are duplicates or stolen information regarding the FCC’s decision. The FCC did not require any identification to be submitted and that multiple comments can be submitted from a single computer.

“This is unacceptable. The integrity of the public record matters. The FCC needs to get to the bottom of this mess. No vote should take place until a responsible investigation is complete,” said FCC Commissioner Jessica Rosenworcel.

Schneiderman launched a webpage to solve the issue of wrongfully used informations without consent and revealed that over 3,200 had reported that their information was used in just five days after launching the page.

Along with Schneiderman, more than dozens of Democrats petitioned for the FCC to delay the voting pending investigations on the fake comments.

Schneiderman said at a press conference on Monday that the FCC has refused to help to provide records necessary to investigate the fake comments, but has just now stepped in to help.

A spokesperson for FCC Chairman Ajit Pai, said in response to Schneiderman's comments on Monday, "This is an attempt by people who want to keep the Obama Administration's heavy-handed Internet regulations to delay the vote because they realize that their effort to defeat the plan to restore Internet freedom has stalled,” according to CNN.

Many Republicans support the the end of net neutrality saying that it’ll create a stronger economic growth, but many business feel differently about the decision.

Major tech companies such as Facebook, Amazon, Netflix, and Google, whose services heavily revolve around internet access. The giants fear that ISPs will forcefully charge or slow down speed for users to access their sites which can impact the revenue drawn in per user. Small business who also use digital services or digital advertisement say it’ll hinder their growth.

But an FCC spokesperson disregarded the Democrats’ petition to delay the vote, and has told Nextgov that the voting will happen on the original scheduled date of December 14. Republicans control three out of the five seats at the commission, and the vote was expected to pass.

This theme is simply matchless :), it is very interesting to me)))

24, are believed to be the first confirmation in humans that sildenafil has a direct effect on the heart. can you buy viagra in dominican republic without a perscription Sad because it is in the way their mothers raise them and the culture.