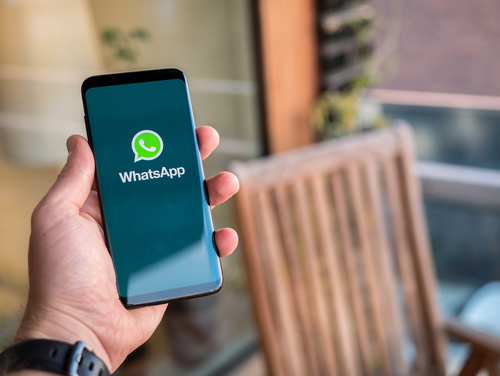 Facebook Inc. (NASDAQ: FB) is reportedly working on making a cryptocurrency that will allow users to transfer money on its WhatsApp messaging platform, according to Bloomberg, citing sources familiar with the matter.

The Company is developing a stablecoin, which is a type of digital currency that is fixed to the U.S. dollar to minimize volatility. The sources said that Facebook is a long ways from releasing the digital currency, but it is still working on its strategy and launch of the coin.

Facebook Inc. is working on making a cryptocurrency that will let users transfer money on its WhatsApp messaging app, focusing first on the remittances market in India, according to people familiar with the matter.

"Like many other companies, Facebook is exploring ways to leverage the power of blockchain technology," a company spokesman said in a statement. "This new small team is exploring many different applications. We don’t have anything further to share."

According to the sources, Facebook is looking to launch the coin in India first then expand out. WhatsApp has more than 200 million users on its platform and in 2017. Also, India led the world in remittances, as people sent approximately USD 69 Billion in transactions in 2017, according to the World Bank.

The concept of stablecoin was created so users can make transactions with a digital currency but it would be more stable as opposed to other cryptos such as bitcoin.

Facebook has over 2.5 billion global users and reports more than USD 40 Billion in annual revenue. If Facebook ultimately does launch stablecoin, it’ll be the first large-cap tech company to launch such a project.