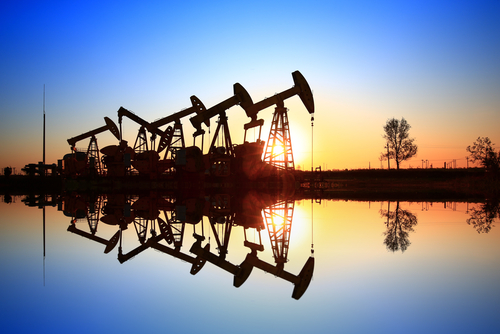 The stock price for the world’s largest publicly traded oil and gas Company was up more than 3% at nearly USD 76 per share. Shares earlier jumped by about 4%.

of USD 6 Billion including the impacts of U.S. tax changes, down 28% from a year ago. The Company earned USD 1.41 per share, beating Refinitiv forecasts for USD 1.08 per share.

Excluding tax impacts, the Company earned USD 6.41 Billion for the quarter, marking a 72% increase from the same period a year ago.

Revenue came in at USD 71.89 Billion, well below expectations for USD 77.28 Billion from Refintiv.

Exxon grew its total production of oil, natural gas and other hydrocarbons slightly, hitting 4 million barrels of oil equivalent in the quarter.

Oil production increased 4%, driven by growth from the Permian Basin, the top U.S. shale field underlying western Texas and southeastern New Mexico. Natural gas production was down as Exxon shifts away from producing the fossil fuel in the U.S.

Profits in the upstream business, which explores for and produces oil and gas, jumped 47% to USD 3.7 Billion last quarter, excluding U.S. tax impacts.

On Thursday, the Company announced it will restructure its upstream business, consolidating operations across three companies in order to achieve its goal of doubling operating cash flow and earnings by 2025.

Earlier in the week, Exxon announced a final decision to expand its Beaumont, Texas, refinery to process a surge of production from shale fields in the Permian Basin. The build-out will make the Beaumont facility the second largest in the United States after Saudi Aramco's Motiva refinery in Port Arthur, Texas.