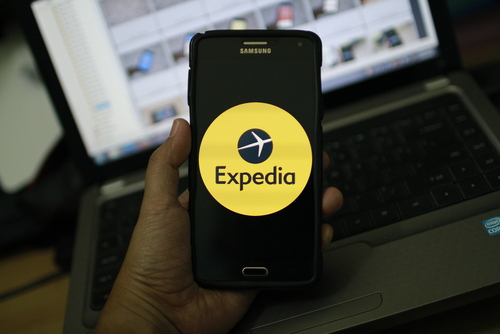 Excluding certain items, the company earned 84 cents per share in the fourth quarter, also missing analysts estimates of $1.15 per share, according to Thomson Reuters.

"I am excited to report that Expedia began 2018 firmly on a path toward faster growth and greater share gains in the $1.6 trillion travel industry. Over the past several months, we have made key organizational changes, aligned our company around common objectives and began executing on a new direction aimed at accelerating the geographic expansion of our global travel platform," said CEO Mark Okerstrom.

"We are now operating with a clear focus on our highest priority markets, making concentrated investments across the platform including a step function change in our pace of adding new properties to our marketplace. These efforts combined with the impact of our ongoing cloud migration result in expectations for full year 2018 Adjusted EBITDA growth of 6% to 11%." Okerstrom said.