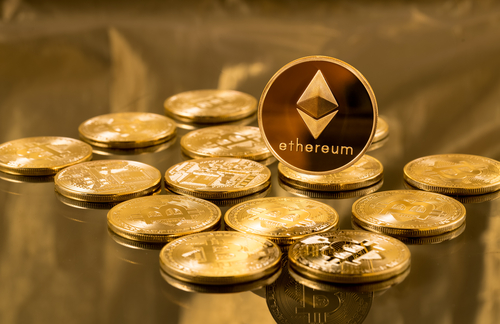 South Koreans have developed an affinity towards cryptocurrencies. They do not mind the mind churning 24-hour long roller coaster which invariably accompanies this kind of investments. The situation is such that even banks and government financial concerns are engaged in the action. The country is one of the biggest markets of digital currency in the world.

South Koreans are now seen to be particularly attracted towards Ethereum. The demand is so much that the cryptocurrency's value has shot up by 30 percent in June. The country is home to three among the top five Ethereum exchange houses, pushing about 40 percent of the global trade associated with the coin. When it is considered that the other top exchanges in the world use major currencies (US dollar and Chinese Yuan for example), Ethereum gets traded via Korean won. The latter currency is used by only 50 million individuals in the world and is considered by the maximum saturation per capita. The craze towards this particular cryptocurrency is so much now that even retirees are investing in it, without knowing the basics of such transactions.

There are a number of good reasons as to why Ethereum is preferred by many investors. Other investment options in South Korea focuses mostly on the domestic stock market and real estate. However, both of these markets nowadays bring minimal profits. Real estate is openly overheating due to the rise of interest rates and prices.

According to Lee Seung-gun, Chief Executive Officer of Viva Republica and Korea Fintech Association President, the stock markets nowadays are extremely cumbersome. He said that from March, investing in put options and other derivatives require exacting individual investor certification. These include training of 30 hours and simulated transactions lasting 50 hours. These requirements turn off traders.

Thanks to such investing difficulties, the people who love to take risks are all willing to put their money into the exciting cryptocurrency market. Lee opines that risk takers have examined other high volatile assets, and digital currencies make the perfect solution. They invested in the cryptocurrency and the value went up sharply. To an outside observer, this made sense to put money in- and they did. It helped that mobile transfers were easy and instantaneous compared to slow and painful desktop Internet banking. Koreans not only purchase frequently, they also buy in large amounts. All these helped the value of Ethereum to go up.