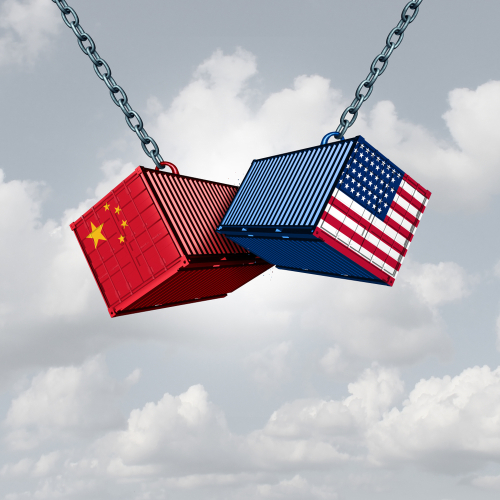 China warned on Friday that it would fight back “at any cost” with countermeasures in response to the U.S.’s tariffs, after President Donald Trump threatened to increase tariffs on Chinese goods by an additional $100 billion.

“President Trump has therefore directed USTR [United States Trade Representative] to determine if an additional $100 billion worth of tariffs would be appropriate under section 301.” said the White House in a statement.

China released a statement on Wednesday regarding a list of U.S. goods that would be affected. China imposed tariffs on 106 U.S. products ranging from agricultural products to vehicles to aircrafts, totaling nearly $50 billion.

China’s retaliation led the U.S. to order officials to impose more tariffs against China, as trading war tensions escalate higher. The U.S. already announced a tariff on 1,300 Chinese goods totaling $50 billion, including its previous tariffs on steel and aluminium.

In regards to Trump’s comments recently, the Chinese commerce ministry said it was not afraid of a trade war and accused the U.S. of provoking one.

"If the United States disregards the objections of China and the international community and persists in unilateralism and trade protectionism, the Chinese side will follow through to the end, at any cost, and definitely fight back resolutely," said a spokesperson on a statement.

The imposed tariffs will heavily affect both American and Chinese businesses, specifically companies that revolve around the products being affected due a shift in the supply and demand.

Some companies already fell to the tariffs in fear that the tariffs would shake the market up. Boeing (NYSE: BA) shares fell on Wednesday after China’s announcement said tariffs would affect aircrafts in a certain weight range, which most of Boeing main products fell under.

Many other industries also fall onto the list of affected companies. Apple Inc. (NASDAQ: AAPL) will be heavily affected, as the most recent quarter, the company drew in a fifth of its revenue from China’s sales.

Other companies will include semiconductor business such as Intel (NASDAQ: INTC) and Qualcomm (NASDAQ: QCOM). The automotive industry will also be significantly affected by the imposed tariffs, but also adding more damage by the steel and aluminium tariffs.