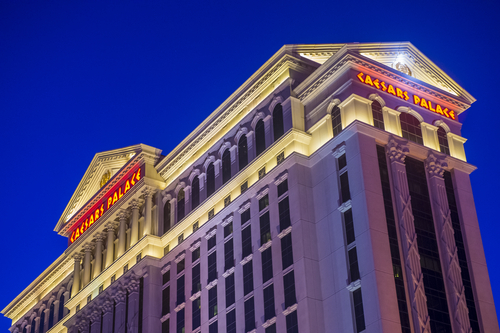 U.S. casino operator Eldorado Resorts, Inc. (NASDAQ: ERI) has agreed to buy Caesars Entertainment Corp. (NASDAQ: CZR) in a cash-and-stock deal that values the business at USD 12.75 per share, or about USD 17.3 Billion, including debt. Shares of Caesars soared 16% in premarket trading following the announcement.

“Eldorado’s combination with Caesars will create the largest owner and operator of U.S. gaming assets and is a strategically, financially and operationally compelling opportunity that brings immediate and long-term value to stakeholders of both companies,” said Tom Reeg, Chief Executive Officer of Eldorado. Following the deal’s expected close in the first half of 2020, the new gaming giant will operate more than 60 properties across 16 states.

The combined company, which will keep the Caesars name, will take on competition like Las Vegas Sands (NYSE: LVS) and Wynn Resorts (NASDAQ: WYNN).

Under the terms of the transaction, Eldorado’s Chairman Gary Carano, CEO Tom Reeg, COO, CFO and CLO will lead the combined company. Its Board of Directors will consist of 11 members, six from Eldorado and five from Caesars. Eldorado said it expects the new gambling company to generate USD 500 Million of synergies the first year after closing the deal.

The sale of Caesars has been pushed for by activist investor Carl Icahn, who gained control of three board seats in March. The billionaire, whose largely criticized Caesars Board in the past, said he’d like to “praise a board of directors for acting responsibly and decisively in negotiating and approving this transformational transaction.”

Shares of Caesar’s have gained nearly 68% this year compared to Eldorado, up 30%.