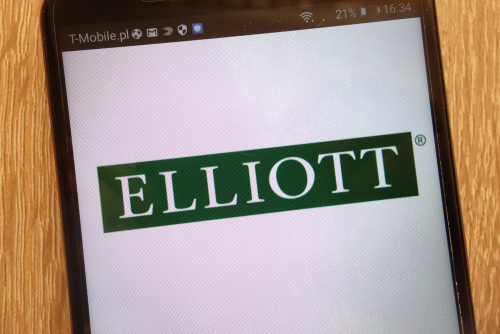 Elliott Management Corp. announced that it has more than a 4% stake, worth USD 1.4 Billion, in EBay Inc. (NASDAQ: EBAY) in a letter to the e-commerce Company’s board on Tuesday.

Elliott’s activist investors urged the online marketplace to consider spinning off or selling its StubHub ticketing and classified-ads business because they could be worth more on their own.

Another hedge fund, Starboard Value LP, who also has a large stake in eBay of less than 4%, has spoken to the Company about those same changes.

Starboard took the stake at least six months ago and has been talking to the San Jose, Calif.- based Company in recent months about improving its operations and potentially separating the two businesses similar to the way it previously spun off payment platform PayPal Holdings Inc.

Through Friday, eBay shares were down about 20% over the past year. They jumped 8.6% to USD 33.68 in early trading Tuesday on news of the two activists’ involvement. The Company has a market value of roughly USD 30 Billion.

EBay said in a statement that it values its shareholders’ input and will carefully review Elliott’s proposals.

In Tuesday’s letter, Elliott also said eBay should focus on revitalizing its core marketplace business, make operational improvements to boost its margins and ensure it has the right leadership team in place. Elliott indicated that eBay’s core marketplace, if separated from its other businesses, could be sold to a private-equity firm or a strategic buyer eager to expand its online footprint.

Elliott writes in the letter that eBay created a unique forum to match buyers and sellers, but has failed to take advantage of more sales moving online.

The fund estimates that its "Enhancing eBay Plan" would nearly double eBay's value to USD 55 a share by the end of next year, even without spinning off the StubHub and Classifieds businesses.

StubHub, which eBay bought in 2007 for USD 310 Million, accounted for about 14% of eBay’s more than USD 2 Billion of revenue in its third quarter last year. Its classified business made up about 12%. The Company is set to report its fourth-quarter results next week.

EBay has attracted activists in the past. Billionaire investor Carl Icahn showed up in eBay’s stock in 2014 and urged a breakup. Following its own review, eBay spun out PayPal, giving each eBay holder a new share in PayPal, which is now itself a Company worth more than USD 100 Billion. Icahn sold out of his eBay position soon after the split and last year exited his stake in PayPal, with it having roughly doubled in value since the spinoff.