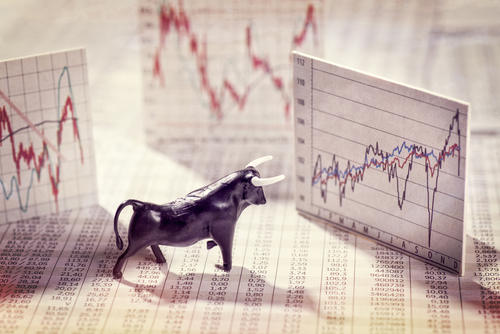 The start of earnings season kicked off with major banks such as JPMorgan Chase (NYSE: JPM), Citigroup (NYSE: C), BlackRock (NYSE: BLK), and Charles Schwab (NYSE: SCHW) who reported their financials on Tuesday.

Notably, most of the major companies that have reported so far this week have smashed earnings estimates. Aside from banks, companies including UnitedHealth (NYSE: UNH) and Johnson & Johnson (NYSE: JNJ) also lifted U.S. markets this week.

Out of the 11 S&P 500 companies that reported before the opening bell on Tuesday, only two missed Wall Street’s estimates, according to FactSet. The only two companies that missed their quarterly estimates were Goldmans Sachs (NYSE: GS) and Wells Fargo (NYSE: WFC).

Earnings for the S&P 500 are expected to decline by 4.6% for the third quarter, after reporting more than a 3% growth in the second quarter, according to CNBC, citing FactSet.

However, the trend as of now seems to be rather bullish than originally anticipated. According to The Earnings Scouting Report, 34 S&P 500 companies have already reported their third quarter financial results and out of the 34, 26 reported positive EPS growth.

“Ahead of each earnings season in 2019 the consensus estimates were calling for negative earnings growth but as companies report we see results coming in better-than-feared,” said Nick Raich, Chief Executive Officer of The Earnings Scouting Report.

The stronger-than-expected results lifted U.S. markets throughout the week. The Dow Jones Industrial Average gained as much 324 points or 1.2% this week despite weaker earnings from Goldman Sachs, Wells Fargo, and IBM (NYSE: IBM).