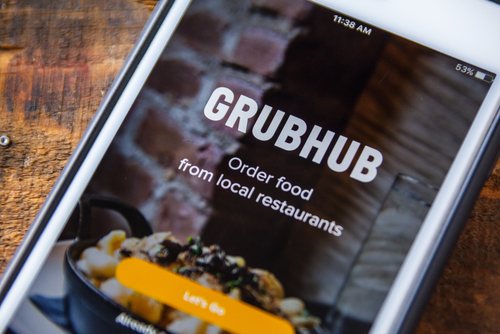 Dunkin' Brands Group, Inc. (DNKN), through the use of Grubhub Inc.’s (NYSE: GRUB) Seamless delivery service, is unveiling a nationwide delivery program that will go into effect today in more than 400 Dunkin’ restaurants in New York City.

Stephanie Meltzer-Paul, Dunkin’ U.S. Vice President of Digital and Loyalty Marketing, reports that the average order sizes in test markets are twice the size as a normal order. The average wait times are reported to be under 15 minutes. The average fee for their delivery service is less than USD 5. This will result in an increase in Dunkin’s same-store sales as more and more locations begin offering delivery services.

Grubhub serves more than 19.3 million active customers but have received disapproval from franchise owners as a result of high delivery fees which result in lower sales margins in comparison with customers coming into the store and making a purchase.

Meltzer-Paul stated that the Company plans on having delivery available in at least one-third, 3000+, of locations by the end of the year.

In the next few months, the Company plans on expanding the service to other metropolitan areas including: Boston, Chicago, and Philadelphia. By next year, the Company projects to have delivery available in 70% of Dunkin’s U.S. locations.

It was also implied that the Company may extend the delivery agreement with Grubhub to Dunkin’ Brands-owned Baskin Robbins.

“We want to make a serious push with delivery,” Meltzer-Paul said.