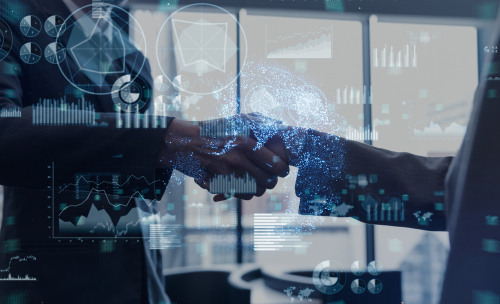 The move expands Dropbox’s technical capabilities and puts it in competition with Adobe Inc. (NASDAQ: ADBE) and DocuSign Inc. (NASDAQ: DOCU). The inorganic growth could put the Company in a stronger position as it contends with the likes of Apple, Google and Microsoft. Although Dropbox has exceeded analysts’ estimates in each of its first three quarterly earnings reports, the Company’s stock has not grown meaningfully since its initial public offering in March.

“Coming out of the year of the IPO, the next question, of course, is ‘How are we going to continue to broaden the job we do for customers?’” Quentin Clark, senior Vice President of engineering, product and design, said on Friday. This marks the largest acquisition in Dropbox’s establishment in 2007.

Using HelloSign, people can apply their signatures to digital documents and ask for signatures from others. Other companies can embed the HelloSign signature system into their own software, and the technology is available inside products from Google and Salesforce, as well as Dropbox.

HelloSign also has tools for virtually faxing documents and managing the flow of paperwork, but the signature tool is the most popular, according to Chief Operating Officer Whitney Bouck.

“We’re thrilled at the opportunity to deliver the benefits of HelloSign’s products to even more people. We share the belief that all products should be simple and easy to try, use, and buy. Our common design philosophy is focused on building the best experience for our users—a philosophy that has led to viral growth and resulted in an efficient business model for both our companies,” said Dropbox in a press release.

For now, HelloSign will operate independently, with Chief Executive Officer Joseph Walla reporting to Clark. The idea is to have Dropbox’s sales organization try to bring in more business for HelloSign. Meanwhile, Dropbox will continue to work with other electronic signature providers.

HelloSign was founded in 2010, and like Dropbox, is based in San Francisco. The Company employs around 117 people and has 80,000 customers, including Intuit, Samsung, Lyft and Twitter. Investors include Alphabet's GV, Greylock Partners, U.S. Venture partners and Silicon Valley start-up accelerator Y Combinator.