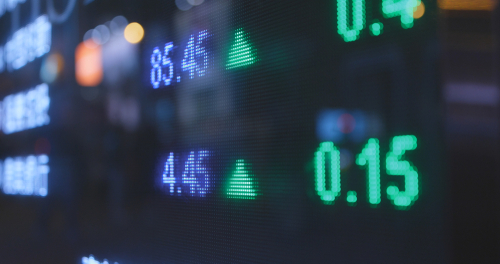 U.S. markets rallied on Friday morning as investors began to grow more optimistic about the possibility of the U.S. and China reaching a trade deal.

On Thursday, U.S. President Donald Trump told reporters that the talks with China are going “really well,” after he tweeted that he would meet with Chinese Vice Premier Liu He on Friday.

Primarily, many investors are focusing on a potential trade deal that will avoid the tariff increase from 25% to 30% on USD 250 Billion in Chinese goods, which is set for October 15.

The Wall Street Journal reported that a deal could possibly include agreements for more Chinese purchases of U.S. agricultural products, a pact to deter the devaluation of the yuan, a suspension of tariffs increases by the U.S., and lessened export bans on Huawei Technologies.

“While markets are reacting positively to the likelihood of a limited U.S.-China trade deal ... it’s critical to remember that all existing tariffs are expected to remain in place,” said Alec Young, Managing Director of Global Markets Research at FTSE Russell. “Until we get a deal that ends existing tariffs, 2020 earnings visibility will remain murky, especially in light of the ongoing weakness in the global growth outlook.”