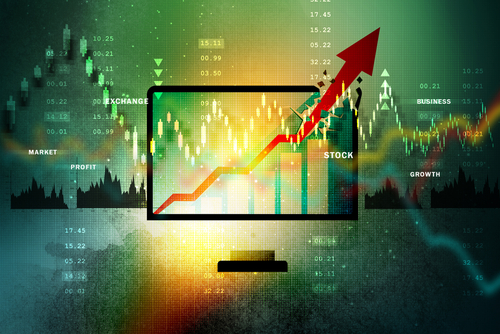 Stocks massively jumped on Thursday after the weaker-than-expected U.S. inflation data released. The Dow Jones industrial average rose 200 points, turning positive for the year, with Exxon Mobil (NYSE: XOM) as the best-performing stock in the index.

Other than Dow, the S&P 500 also gained 0.8 percent with health care and telecom both rising more than 1 percent. The Nasdaq composite advanced 0.7 percent as Apple reached an all-time high. The Technology sector rose about 1 percent, as shares of Apple, Facebook, Amazon, Netflix and Alphabet all traded higher.

The Labor Department reported its consumer price index rose 0.2 percent in April before open, which is lighter than the 0.3 percent forecasted by Reuters. The lower-than-forecast number eased concerns about the Federal Reserve tightening monetary policy at a faster rate than the market is expecting.

"This was a far cry from the great leap many inflation alarmists have been fearing. We're still well within the Fed's 2% comfort level, so some will say we're right where we need to be," said Mike Loewengart, vice president of investment strategy at E-Trade, in an email. "Within the context of a strong economy that has been gaining momentum, this type of modest inflation growth is likely to be a crowd pleaser."

According to the CME Group’s FedWatch tool, as of Thursday, the market expectations for rate hikes in June and September are 100 percent and 76 percent respectively.

Amazon to Pay Back T