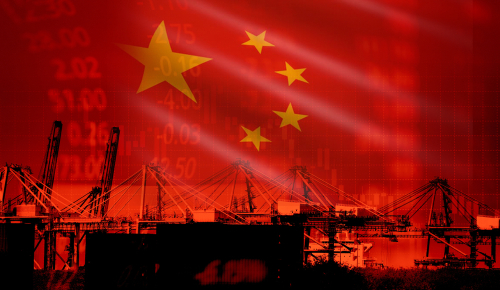 The Dow Jones Industrial Average declined by almost 300 points on Tuesday afternoon following the Institute for Supply Management’s survey of U.S. manufacturers showed the sector falling deeper into contraction, according to MarketWatch.

The ISM’s survey registered at 47.8%, down from 49.1% in July, and below the 50.2% predicted levels by MarketWatch. Moreover, the September reading also marks the worst reading since June 2009. Any reading below the 50% mark indicates contraction.

The survey signaled that new orders for manufactured goods fell for the second month in a row. Meanwhile, export orders subcomponent of the survey came in at 41%, the lowest level since March 2009.

Some respondents blamed the ongoing U.S.-China trade wars for the weaknesses in their operations.

“The disappointing data is only fanning long-standing fears of slowing global growth,” Alec Young, Managing Director of Global Markets Research at FTSE Russell, wrote in an email. “And with U.S.-China trade expected to produce little in the way of near-term breakthroughs, investors continue to favor counter-cyclical, defensive stocks with high dividend yields as weak data pushes interest rates ever lower.”

The weaker ISM reading follows after the U.S. Treasury said there were no immediate plans to ban Chinese companies from listing on U.S. stock exchanges.

However, Bloomberg recently reported that the White House has been looking into ways to limit U.S. investments in China, which could possibly include delisting of Chinese companies.

Nonetheless, U.S. and Chinese officials are expected to hold talks in mid-October to potentially reach an agreement.