Dollar Rises with US Job Openings at Record High 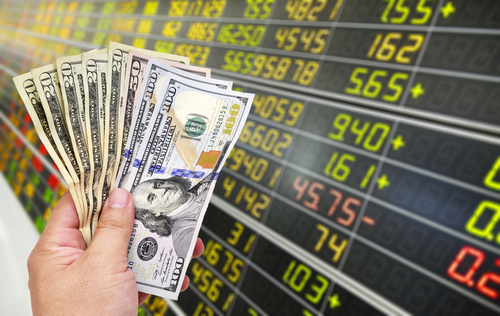 The dollar rose to a one-week high on Tuesday after the Labor Department reported that U.S. job openings have a reached a record high in June.

The Labor Department said on Tuesday that job openings, a measure of labor demand, increased 461,000 to a seasonally adjusted 6.2 million, the highest level since the series started in December 2000.

The dollar index .DXY, which tracks the U.S. currency against six major rival currencies, was up 0.34 percent to 93.745.

On Friday, the dollar received a boost after the Labor Department reported strong U.S. July payrolls. Total nonfarm payroll employment increased by 209,000 in July, well above market expectations, and the unemployment rate was little changed at 4.3 percent.

Tuesday's strong job openings data helped the dollar shake of some the weakness it experienced on Monday following dovish comments from St. Louis Fed President James Bullard and Minneapolis Fed President Neel Kashkari. Bullard said the U.S. central bank could leave interest rates where they are for now because inflation is not likely to rise much even if the U.S. job market continues to improve, while Kashkari talked about inflation being below target. Investors are waiting for inflation data to be released later this week that may provide a boost to the currency.

Meanwhile, the euro is down 0.43 percent to $1.1742, sterling hit a 10-month low against the euro, the Canadian dollar held near a three-week low versus USD, and the yuan strengthened to a 10-month high against the dollar.