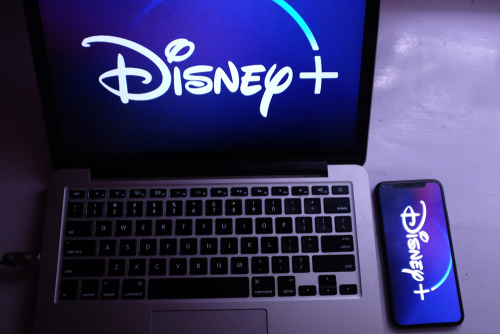 On the first day of launch, Disney reported that its new streaming service reached 10 million sign-ups from “extraordinary consumer demand.”

Disney launched the streaming service in the U.S., Canada, and the Netherlands on Tuesday.

The number of subscribers Disney reported was more than three-times higher than analysts had projected. However, it was not immediately clear how many new customers were from free promotions, such as the one-year free subscription for Verizon (NYSE: VZ) wireless customers.

Wedbush analyst Dan Ives said that the number of subscribers Disney+ gathered “eye popping” and “considerably higher” than what Wall Street had expected.

"This speaks to the 1-2 punch of success that (Disney Chief Executive Bob) Iger and Disney have coming out of the gate with unmatched content and a massive brand/distribution that makes the House of Mouse a legitimate streaming competitor on Day One" to Netflix (NASDAQ: NFLX), Ives said.

Ives noted that Disney’s goal of having 60 million to 90 million subscribers in five-years could be fast forwarded by two years at this pace.

Disney+ costs USD 7.00 per month and features roughly 500 movies and 7,500 TV episodes from the Company’s catalog, including Disney, Pixar, Marvel, Star Wars, and National Geographic. Additionally, customers can purchase a bundle which includes ESPN+ and Hulu for USD 13.00 per month.

During the first day of launch, Disney+ experienced technical issues due to higher-than-expected customer demand.

Disney shares have now risen by 33.1% this year.