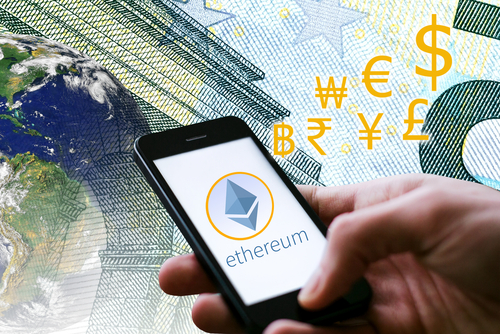 A 20% fall on Sunday gave rise to concerns about the future of digital currency Ethereum. There have already been many speculations circulating about the future of rival Bitcoin and this sudden dip only served to add more conjectures into the mix.  Ethereum was down by 22% since Saturday and touched a low of $130.26 This was the lowest it had hit since May 27th. Compared with its June 12th performance, when it hit its highest point at $420, the digital currency has gone down by about 60%.

Many factors lead to the dip

According to digital currency experts and trade analysts, the dip in value cannot be attributed to one single factor. They believe that a host of factors have played spoilsport and affected the currency's value. The speculation that there may be a split in Bitcoin in the offing is touted to be one of the factors that pulled down Ethereum. Another factor is the belief that blockchain startups may be selling off Ethereum in the coming weeks in bulk. Since these start-ups have accumulated quite a substantial amount of Ethereum, a sudden, mass sell-off is bound to affect the value of this currency quite adversely. Some 1.2 billion dollars worth of Ethereum is said to have been accumulated in this way and $600 million of this has been added in just over the past month.

Pullback is the reason for the dip, says Bitcoin expert

According to Andreas Antonopoulos, who has written the book  'Mastering Bitcoin', the dip in value is the result of a pullback. He points out that over the last two years, the values have been skyrocketing. A fast-paced increase to the tune of some 1500 percent has been witnessed here over this period and the last three months have seen some rapid action too. The current dip is just a pullback from this growth, he says. Talking about the rumors about a Bitcoin split and the impact of these on the Ethereum value, he writes it off as a mere trigger for the corrective action.

More will be known about the Bitcoin split by August 1st when the improvement proposal is all set to kick in. If the proposal does not get approval from the majority of developers, then a potential split on the digital currency may be in the offing, leading to a temporary freeze on Bitcoin trades.