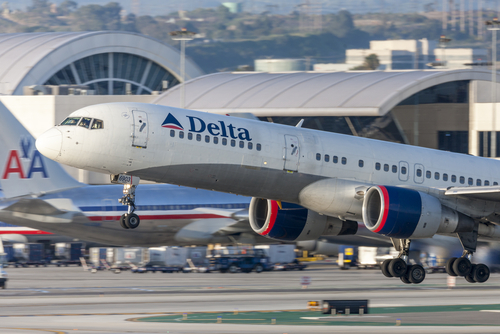 The airline reported a record revenue of $9.76 billion, increasing 8 percent year over year, but missing analysts’ estimates by $80 million The company reported an adjusted EPS of $0.74, beating estimates by $0.01.

Adjusted pre-tax income for the quarter was $676 million, decreasing by $104 year over year, as sales were offset by higher fuel prices and other increased costs including a $44 million impact from the severe winter storms.

“We are seeing Delta’s best revenue momentum since 2014, with positive domestic unit revenues, improvements in all our international entities, strong demand for corporate travel and double-digit increases in our loyalty revenues,” said Glen Hauenstein, Delta’s president.

Delta’s strong quarter along with JetBlue’s (NASDAQ:JBLU) upgraded forecast lifted up airline stocks for the second consecutive day. JetBlue shares rose by 1.24 percent on Thursday, while American Airlines’ (NASDAQ:AAL) shares rose by 2.3 percent. United Airlines saw its shares rise by 2.4 percent, despite another lawsuit being filed on Wednesday regarding the incident where a passenger was dragged off the flight last year.

For the second quarter, Delta forecasts an EPS of between $1.80 and $2.00 and total unit revenue to increase by 3 percent to 5 percent year over year, excluding refinery sales.

“With our solid pipeline of commercial initiatives, delivered with industry-leading Delta service, we expect to maintain this momentum and deliver total revenue growth of 4 to 6 percent for the full year.” said Hauenstein.

“We have confidence in our plan to grow earnings in 2018 through top-line growth, improving our cost trajectory, and leveraging our international partnerships.” said Ed Bastian, Delta’s chief executive officer