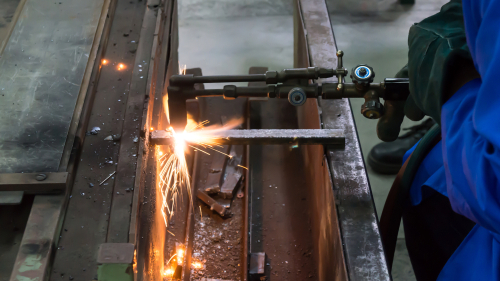 The number of new orders for U.S. manufactured goods dipped significantly in April and the number of shipments hit an all time low in two years. The two trends are powerful indicators of the continued weakness of American manufacturing activity which could further hurt the overall economy.

Economists polled by Reuters had forecast factory orders would fall -0.9% in April. The Commerce Department announced on Tuesday that factory goods orders declined by 0.8%.  Shipments of manufactured goods declined by 0.5% in April, which is the largest drop since April 2017. Orders for computers and electronic products fell 0.5%, while those for primary metals dropped 1.1%. Machinery orders increased by 0.3% after dropping 2.0% in March. Orders for electrical equipment, appliances and components increased 0.9%.

Transportation equipment orders took a dive by 5.9% in April after rising 6.0% in the prior month. Orders for civilian aircraft and parts sunk by 25.2%. Motor vehicles and parts orders fell 1.7%.” The Commerce Department also stated that non-defense capital spending dropped by 1%.

The sector could experience further drops to the supply chain as a result of President Donald Trump announcing last week that he plans on imposing tariffs on all goods from Mexico in an effort to plug the wave of illegal immigration across the U.S.-Mexican border, starting at 5% as of June 10. The ongoing trade war with China could also be a factor for further drops within the sector.