Daimlers Fight For Dominance in the Electric Car Buisness 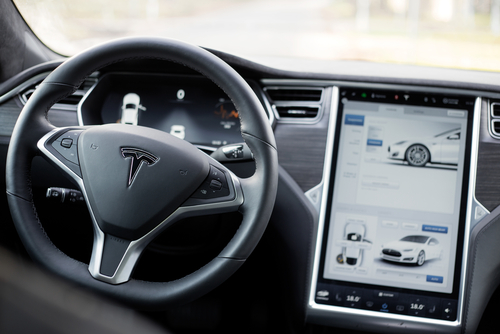 Feeling the heat from Elon Musks all-electric battery powered Tesla Inc (NASDAQ: TSLA) Semi’s revealed in November, German company Daimler (DAI), one of the worlds biggest truck-maker companies and best known for its Mercedes brand, has declared two new battery-powered models, and looks to secure its dominance in the market.

The company announced its desire for a launch of an all-electric big rig at its North American headquarters in Portland, Oregon on Wednesday, called Freightliner eCascadia and is to be ready for commercial sale by 2021 additionally including a medium-duty Freightliner eM2 106; along with plans to have a fleet of 30 vehicles ready for testing to be delivered to customers later this year.

The eCascadia is designed to travel on major highways with a range of 250 miles between charges, and the eM2 doesn't fall much short at around 230 miles between each charge and used more for local delivery and final mile use.

“We are the undisputed global leader of the trucking industry and we intend to remain in that position with electric trucks and buses,” said Daimler Trucks North America CEO Martin Daum with confidence that they would rise to the challenge (cant say the same for Musk). Also announcing on Wednesday, the expansion  to build new research and development center for autonomous driving in portland.

The company’s also in competition against German firm Volkswagen, which has also announced huge investing in developing electric drivetrains for trucks, and additionally from Warren Buffet, which has plans to manufacture short-range electric delivery trucks in Canada.