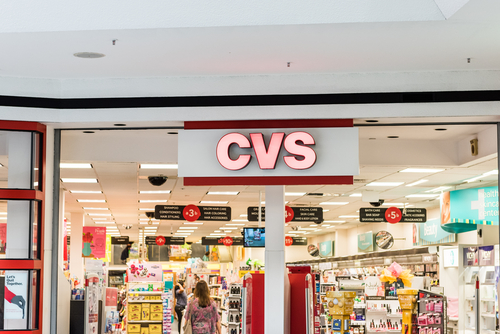 CVS opened up 56 new locations, while closing five and relocating five. As of the end of the third quarter, it had 9,751 operating location. For the nine months ending in September, the company closed down 68 location and reiterated that it will close down another 70 stores by the end of the year, expecting a total cumulative charge of $220 million.

CVS reportedly bidded on acquiring Aetna for $66 billion in October, according to sources familiar with the matter. The merger of the two companies would diversify CVS portfolio even more by adding on health related insurance plans.

The report came shortly after Amazon had announced that it received approval for wholesale pharmacy licenses in some states.

After CVS had released its earnings, it announced that it will deliver prescription drugs straight to customers within the same day or the next day starting in early 2018. Same-day delivery will expand to Miami, Boston, Philadelphia, Washington, DC and San Francisco in 2018.

CVS has now lowered its full year earnings outlook. The company lowered its adjusted EPS outlook from $5.83 to $5.93 to $5.87 to $5.91. For the fourth quarter, the company expects to deliver an adjusted EPS of $1.88 to $1.92. The changes include the impact of the Hurricane.