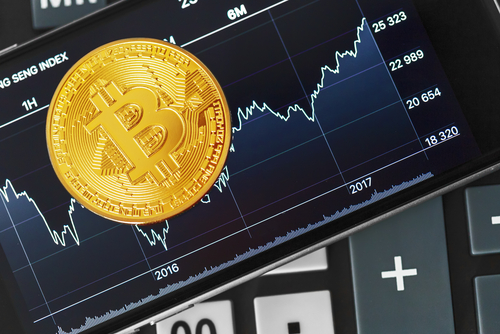 Bitcoin has lost value continuously for four sessions, sliding down as much as 20 percent, while questions rise about whether the largest cryptocurrency was manipulated during its immense price surge last year. It traded at a few cents initially in 2009, and it has rallied more than 1,400% in 2017 from the previous year and Bitcoin is down almost 70% to $6,238 at 4:37PM in New York from its record high $19,511 in December.

Senior market analyst at online trading firm Oanda Corp finds that the cryptocurrency always receives negative news story nowadays after a period of consolidation and it seems people are just waiting to sell it. The digital currency doesn’t seem to be able reverse the selloff and a study was done on possible price manipulation on the Tether coin. Bloomberg News reported in May the Justice Department has opened up a criminal probe into illegal trading practices that can manipulate the price of cryptocurrencies. Tether showed a pattern of being spent on Bitcoin at crucial moments that aided Bitcoin to reach its peak price in December according to a University of Texas professor known to flag suspicious activity.

The US Commodity Future Trading Commission subpoenaed Tether and Bitfinex in December looking for proof that Tether is backed by a reserve of US dollars, since Bitfinex lost banking relationships and still continued to operate.

Bitcoin’s relative-strength index has fallen below 30, which typically rises and snaps back above 30 in a matter of days according to five-year analysis. The entire realm of cryptocurrencies appear to be taking a hit with the number 2 and 3 digital currencies according to market value in Ethereum and Ripple respectively dropping about 20% this week as well.