Cisco Systems Stock Down After Earnings 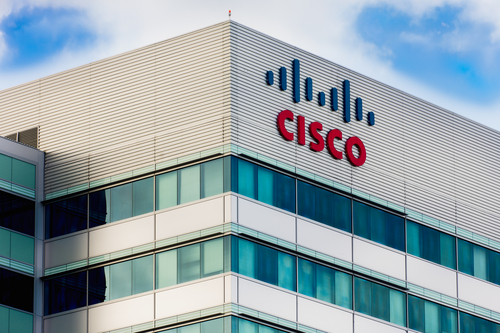 The company met revenue expectations as well as estimates for earnings per share again, however it also reported lower revenue for the seventh consecutive quarter and gave a less than positive guidance for the first quarter of 2018.

The company recorded $0.61 EPS compared to expected $0.61, as well as revenue of $12.1 billion to estimated $12.06 billion, something the company has consistently done since John Chambers took the office of CEO two years ago. However, weak guidance has set the company in a downward trend. Cisco has released a guidance of $0.59 - $0.61 EPS when analysts were expecting $0.60 and were further not impressed with the 1% - 3% decline in revenue that is expected, according to Reuters. Most importantly, Cisco’s largest segment, switches and routing hardware, decreased 9% from last year, showing a slowdown in the company’s most valuable assets.

As competitors such as Arista and Juniper are catching up, Cisco looks to be ambling around trying to stay afloat with nothing spectacular on the horizon. The introduction of a subscription based network security service may help offset the losses elsewhere, but overall it will not be enough to keep the company afloat and competitive.