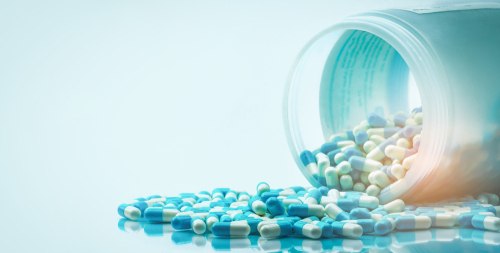 Cigna Corp. (NYSE: CI) said a new federal proposal that would curb rebates from drugmakers would have minimal impact on its results and offered conservative earnings guidance for 2019, the first year it will include the operations of Express Scripts Holding Co.

The insurer’s projections for the year were expected to be closely watched by investors, as they provide the first snapshot of the newly merged Company’s expected 2019 performance. The insurer closed its USD 54 Billion deal for the pharmacy-benefit manager in December.

Cigna said that for 2019, it projects adjusted income of USD 6.2 Billion to USD 6.4 Billion, or USD 16 to USD 16.50 per share. Analysts wrote that this range was slightly lower than consensus projections, but it included about USD 200 Million, or 40 cents per share, in lingering overhead costs tied to Anthem Inc.’s (NYSE: ANTM) early exit from its pharmacy-benefit contract with Express Scripts.

Cigna said it was on track to deliver its targeted earnings of USD 20 to USD 21 per share in 2021.

During a call with analysts, Cigna downplayed the impact of the federal proposal released Thursday that would curtail the rebates worked out between pharmaceutical manufacturers and pharmacy-benefit managers and insures in the business of offering Medicare and Medicaid plans. The Trump administration said the move would lower the prices some consumers pay for prescription drugs. The proposal, which could evolve before it is finalized, isn’t expected to take effect in 2019.

Cigna Chief Executive Officer David Cordani said that for Medicare plans, the impact of rebates is already built into rates charged for the products and the rebates aren’t retained by the Company. The proposed rule “will not have a meaningful impact on our growth or earnings trajectory,” he said.

Cigna said the USD 200 Million in lingering costs tied to Anthem would affect results only in 2019. The costs are related to the Anthem pharmacy-benefit business, which will be winding down over the course of the year. Anthem said this week it would terminate its Express Scripts contract and begin switching over to its new in-house pharmacy-benefit manager in March, instead of the end of the year. Anthem’s departure had been expected and was already included in Cigna’s long-term projections, the insurer said.