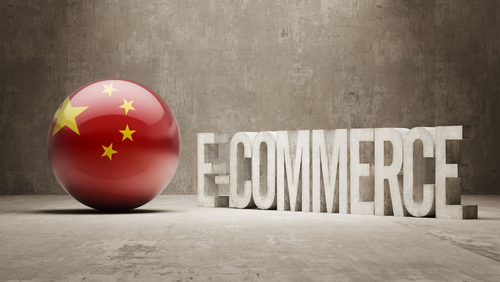 Chinese commerce startup Pinduoduo Inc. (NASDAQ: PDD) priced its U.S. initial public offering at USD 19 per share, the high-end of the range, and raised USD 1.63 Billion to become the second largest U.S. float from a Chinese company this year. Pinduoduo is valued at USD 23.8 Billion with its share options after it was valued at USD 15 Billion when completing a funding round in April.

Pinduoduo, set up by former Google employee Colin Huang in 2015 and backed by Chinese giant Tencent, is the most recent Chinese tech firm expanding into international capital markets in a competition against its domestic rivals in other e-commerce giants like Alibaba Group Holding Limited (NYSE: BABA) and JD.com, Inc. (NASDAQ: JD). It joined several Chinese listings in New York this year despite the trade tensions between China and U.S.

The Company lets consumers group together and receive better discounts from merchants selling items like clothes, kitchenware and gadgets. According to Reuters, it offered 6.8% of its enlarged capital or 85.6 Million shares at USD 16 to USD 19 each.

In its U.S. regulatory filings, the Company is said to have attracted over 300 Million active buyers and more than 1 Million merchants. The large userbase and discounted products gave the firm a gross merchandise volume over 100 Billion yuan (USD 14.98 Billion) in 2017. To put this in perspective, it took Alibaba five years and JD.com 10 years to reach the same numbers.

Its online traffic from Tencent messaging-to-shopping app WeChat helps direct many of the app’s over 1 Billion users to Pinduoduo. A technology analyst from Smartkarma, Arun George, wrote, “We believe WeChat accounts for the majority of buyer traffic, and Pinduoduo could not have built up its large user base cost-effectively and rapidly without WeChat.”