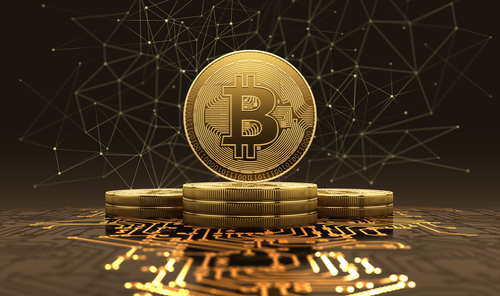 Like many, we have thought about or were hesitant about investing in Bitcoin during its rally last year. By now most have already forgotten or given up on the idea as a whole. Who blames you? According to Coindesk, Bitcoin hit USD 20,000 at its all time high in December 2017 and is now trading at around USD 4,000.

Most Crypto investors are now trying to figure out how the future outlook of cryptocurrency with unfold. Nasdaq has plans to launch Bitcoin futures early next year while the US Justice Department are investigating if last years boom was because of market manipulation.

On Thursday, music producer DJ Khaled and championship boxer Floyd Mayweather Jr. were charged by the SEC with promoting investments in ICOs without revealing that they'd been paid to promote. This is the first time the SEC has brought charges against individuals for promoting ICOs and both Khaled and Mayweather have already settled with the SEC and agreed not to promote any securities, even digital ones for 2 and 3 years, respectively. They also agreed to give back the money they were paid to the SEC and pay penalties with interest.

Regardless of celebrity pumps the point is that Crypto investors should be prepared to lose their entire investment. "You need to invest with two attitudes: that you're going to hold it for years, even decades and that volatility is an inherent element of the asset." according to Edelman Financial Services, Ric Edelman.

Those who did not invest during the crypto gold rush last year and were just watching the hype should cautiously consider get in now as Bitcoin reaches its low. "People were thrilled to buy bitcoin at USD 19,000 last year," Edelman said. "Those same people don't want to buy bitcoin at USD 4,000." “Buy low and sell high” is a simple fact of successful investing but still many tend to do the opposite.

I enjoy you because of your own efforts on this web site. Gloria delights in participating in research and it is easy to see why. Most of us notice all relating to the powerful form you produce reliable techniques through this web site and as well as inspire contribution from others on the idea so my simple princess is truly discovering a great deal. Take advantage of the rest of the new year. You are conducting a fabulous job. blog
I always use url shortener
It is very helpful.

I enjoy you because of all of the labor on this web page. My mother takes pleasure in working on internet research and it's obvious why. My partner and i hear all concerning the compelling means you provide important tricks by means of the website and therefore invigorate contribution from the others about this content plus our girl is studying a whole lot. Enjoy the rest of the new year. You are always performing a really good job. blog
I always use url shortener
It is very helpful.