The Cashierless Revolution is Expanding 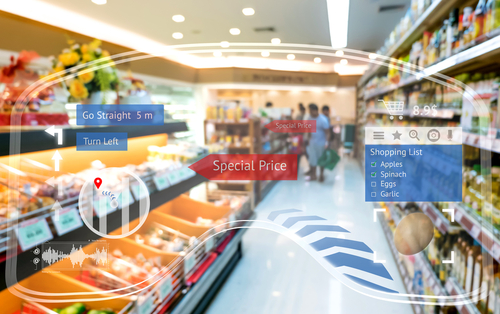 In a recent Retail TouchPoints Store Operations Benchmark Survey, the numbers indicate that while the growth of cashierless stores is slow, it is now an accepted and growing retail business strategy. According to the survey, 14% of retailers said they operate cashierless stores, and an additional 4% said they plan to open them.

The largest, and most popular example of cashierless stores is Amazon Go, which recently opened its fourth cashierless convenience store in San Francisco. Amazon.com, Inc. (NASDAQ: AMZN) technology is the benchmark for this disruptive stage in the industry’s evolution. The technology works with a system of ceiling mounted cameras powered by sensors and machine-learning software are designed to track what shoppers take from the shelves and charge that person upon exit from the store.

There are some clear factors that help shape the adoption of cashierless retail models, including:

·       Customers: Shoppers already are comfortable with cashless payments and self-service, which has primed them for further friction-reducing efforts;

·       Providers: The technology is still relatively new and expensive, but this will likely change as larger players enter the market; and

·       Strategies: One of the hurdles to mass adoption may be retailers themselves — adopting new, unproven technology is much riskier than sticking with tried-and-true operations.

“Self-checkout is somewhat of a disruptive technology, mobile POS has been somewhat disruptive and consumer mobile self-checkout is somewhat disruptive, but I don't really know how to compare those to the change that cashierless checkout is going to bring to the marketplace,” said Sheldon in an interview with Retail TouchPoints. “And when you look at the addressable market for point of sale hardware and software on a worldwide basis, it's billions of dollars, so the opportunity is absolutely massive.”

Since Amazon Go’s first store opened in Seattle in 2018, other entrepreneurs and technology innovators were inspired to create new ways to replicate the model. According to the Wall Street Journal, many startups, like San Francisco-based Zippin and Standard Cognition, are using technology similar to Amazon Go’s, while other companies are trying to automate the shopping cart to avoid a costly store renovation.

Of course, challenging Amazon is no easy task. According to the Journal Mark Cohen, a business professor at Columbia University and former CEO of Sears Canada Inc, explained that, “They are years ahead of everyone… Not just in figuring this out but in actually proving out the concept.”

Whether or not the start-ups succeed, it is becoming clear that cashierless stores are no longer just a cool innovation with potential in the future. It is here, and it works.