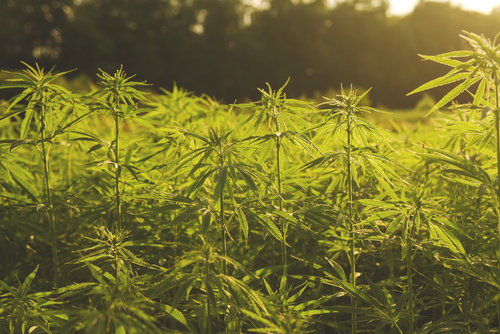 Canopy Growth Corp. (NYSE: CGC) has been granted a license by New York State to process and produce hemp with the help of efforts by Governor Andrew Cuomo and U.S. Senator Charles Schumer.

Canopy Growth hopes to establish large-scale production capabilities focused on hemp extraction and product manufacturing in the United States. Depending on Board approval of a specific site, Canopy plans to invest between USD 100 Million and USD 150 Million in its New York operations, “capable of producing tons of hemp” on an annual basis.

The Company is currently evaluating a number of sites in the Southern Tier of New York, which will become one of its first extraction and processing facilities outside Canada. Management hopes to announce the specific location within 100 days.

“Canopy Growth was founded to drive innovation within the cannabis and hemp industries. In New York we see an opportunity to create products that improve people’s lives,” said Bruce Linton, Chairman and Co-Chief Executive Officer, Canopy Growth. “In the process, we will create jobs in an exciting, highly profitable new industry. I applaud the political leadership at the federal and state level that has allowed today’s announcement to become reality.”

The Company said in a press release that Cuomo’s office helped create the Hemp Research Pilot Program, while Schumer’s was “instrumental” in the passage of the recent U.S. farm bill, that allows growers to produce hemp as an agricultural commodity.

Canopy Growth’s investment in the Southern Tier "is a true win-win for Canopy Growth, who will be positioned at the forefront of Upstate New York's industrial hemp revolution, and for the Southern Tier's economy and farmers, which will receive a major shot in the arm in new good-paying jobs," Senator Schumer said in the release.

The Company will source hemp exclusively from American farmers for its American operations once functional. The move will also bring Canopy closer to Constellation Brands, the brewing giant that owns Corona beer and which recently made a USD 4 Billion strategic investment in the cannabis Company.

Consumers are increasingly interested in CBD, a non-psychoactive compound found in hemp plants thought to help with a range of conditions, such as anxiety, sleep disorders and inflammation.

Recreational use of cannabis in Canada became legal on Oct. 17, though each of the country's 10 provinces are able to regulate the market within their jurisdiction independent of Ottawa. Marijuana use is still illegal in the United States at the federal level, though many states have passed laws legalizing the use of cannabis for medical or recreational purposes.

best medicine for ringworm http://tramadol.1apps.com/ how to get help with prescription drug costs

health websites for kids http://berlutivini.it/anadrol-farmacia-pfz.php best tablets for the money 2013