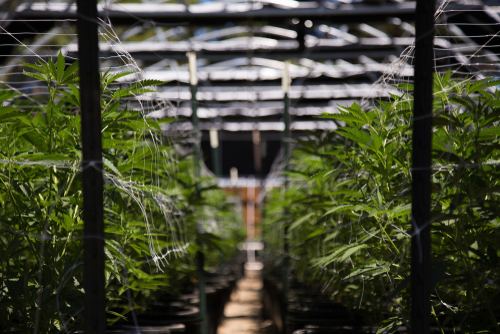 Canadian marijuana cultivator Canopy Growth Corp (NYSE: CGC) announced on Thursday that it had bought the right to acquire Acreage Holdings for USD 3.4 Billion. The deal will take effect as soon as cannabis has been legalized in the U.S. Prior to that, the companies said they will continue to operate independently.

“Today we announce a complex transaction with a simple objective. Our right to acquire Acreage secures our entrance strategy into the United States as soon as a federally-permissible pathway exists,” Canopy co-CEO Bruce Linton said in a press release. “By combining Acreage’s management team, licenses and assets with Canopy Growth’s intellectual property and brands, there will be tremendous value creation for both companies’ shareholders.”

Canopy’s stock soared more than 8% Thursday following the announcement, according to the report by CNBC. The equity is up 70% since January. Canopy Growth is also one of the hottest pot stocks, gaining 60% in 2019 and nearly 80% from a year earlier.

On the other hand, New York-based Acreage Holdings is one of the largest multistate cannabis operators in the U.S. with a presence in 20 states.