Both Apple and Oracle in Favor of Tax Repatriation Reform 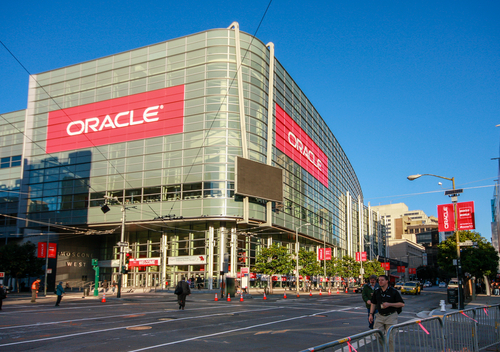 Mark Hurd, co-chief executive of Oracle Corporation (NYSE: ORCL), recently pledged his support to any form of tax reform that would allow the firm to retrieve its large cash pile from other nations. The government of the United States is looking to minimize the rate of corporate tax from the existing 35 percent to 20 percent. It says that the profits held by firms in overseas ventures can soon be recovered at an approximate rate of 10 percent.

Hurd’s firm has nearly $66 billion stuck in overseas and this is why he is eager to welcome any opportunity that would allow him to utilize the cash within America.

At the recent Web Summit conference held in Lisbon, Hurd was reported saying that the company is in absolute favor of repatriation. He added that it would be great to have a chance to bring the cash stock back to America and use it to make lucrative investments. Therefore, for that specific part of federal tax reform, they were quite supportive.

The Trump office hasn’t managed to impress Hurd since its election. But he feels that tax repatriation could support his company and allow them to better utilize its cash.

Hurd informs that they have been raising loans in the U.S. because of their inability to get hold of the offshore cash. If they are able to repatriate their money, they would be able to make better use of the cash. At the same time, they would also get an opportunity to reinvest the money into a range of different things such as new facilities, increased hiring and mergers and acquisitions.

Even though Hurd was pushed to answer questions related to the cash being utilized for paying off some of the large debt owed by the company, he refused to talk on the subject. The only thing he said was that Oracle was a firm that was dedicated to investment.

It seems like Hurd has taken off from the comments made by Apple Inc.(NASDAQ: AAPL) CEO, Tim Cook, in the previous week. Cook had said that American tax reform was actually quite late and was a burning need in the economy.

In a conference call held in August, Apple was reported saying that $246 billion worth of its cash (i.e. 94% of the total) was outside America.