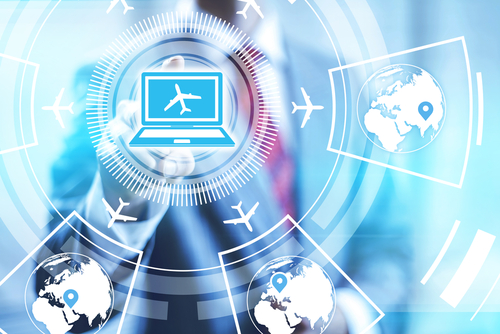 Shares of Booking Holdings Inc. (NASDAQ: BKNG) plummeted the most in nine months after the online travel giant said on Thursday that its third quarter earnings would be well below Wall Street estimates.

The Company posted revenues of USD 3.54 Billion for the quarter ended June 2018, surpassing the Zacks Consensus Estimate by 2.87%. This compares to year-ago revenues of USD 3.02 Billion. Booking has topped consensus revenue estimates four times over the last four quarters.

Shares dropped as much as 7% to USD 1,901 after the Norwalk, Connecticut-based Company said profit excluding some costs in the current period would be between USD 36.70 and USD 37.70, compared with Wall Street’s estimate for USD 39.80.

Booking, which changed its name from Priceline Group earlier this year, has been working to increase visibility of its namesake website in the U.S., a market traditionally dominated by Expedia. Over the last year, the travel website has shifted marketing spending to TV ads from online, a process the Company has said will take time but will ultimately be positive.

“We believe we are on the right track,” Chief Executive Officer Glenn Fogel said on a conference call. “We have the right mix of profit and growth.”

In the second quarter, the amount of money spent on TV and other brand advertising also fell compared with the same time last year, showing the Company is inching back from all advertising in general.

Booking has also increased spending in China. Earlier this month it said it would invest USD 500 Million in Chinese car-hailing giant Didi Chuxing as part of a global alliance that will blend room reservations and rides on demand for their customers.