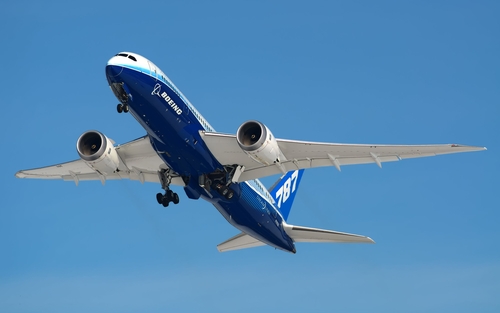 Boeing Co. (NYSE: BA) announced that the North Charleston plant will be cutting its workforce. The airplane manufacturer be cutting “fewer than 200 people” at the 787 Dreamliner campus and other facilities in the city, according to the Washington Post.

“Our competition is relentless, and that has made clear our need as a company to reduce cost to be more competitive,” Boeing said in a statement. “We are offering resources to those affected by layoffs to help them in finding other employment and ease their transition as much as possible.”

Ironically the South Carolina plant was first company visit outside the Beltway for the president after the inauguration. “We're here to day to celebrate American engineering and American manufacturing,” Trump said at the time. “We're also here today to celebrate jobs. Jobs!”

Jonathan Battaglia, representative for the Machinists Union, which the Boeing employees in North Charleston voted not to join in February, has criticized the decision. “Despite Boeing’s promises, it’s clear that job security is something they don’t feel their so-called ‘teammates’ deserve,” Battaglia said. “This isn't about competitiveness, it's about more money for shareholders and executives.”