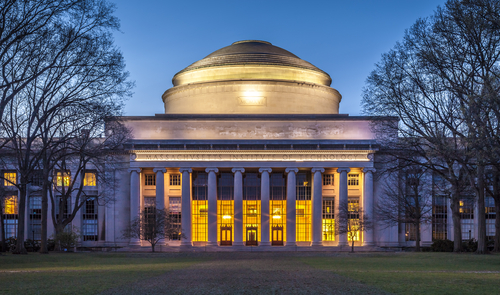 The Boeing Company (NASDAQ: BA) and the Massachusetts’s Institute of Technology (MIT) reached an agreement in which Boeing will lease 100,000 sq. ft. for their new Boeing Aerospace & Autonomy Center in MIT’s new mixed-use district inside Kendall Square. The space will be located at 314 Main Street, in a 17-story building.

Employees of Boeing and their subsidiary, Aurora Flight Sciences, will be the first to be housed in the new center. Aurora Flight Sciences was acquired by Boeing in 2017 and their Chief Executive Officer is John Langford, an MIT graduate. Aurora Flight Sciences works on developing autonomous aerial vehicle technology, they previously teamed up with Uber to develop a flying taxi concept before their acquisition by Boeing. Employees of the subsidiary typically focus on designing, building and flying unmanned flying vehicles and the technology that facilitates that goal. Other occupants of the new space will also work on developing technology for the Boeing NeXt program. The Boeing NeXt program focuses on uniting “researchers and projects across the company to shape the future of travel and transport”.

Already hailed as the most innovative square mile in the world, MIT plans to further promote a diverse, vibrant culture in Kendall Square. In keeping with this idea, MIT launched the Kendall Square Initiative which plans to incorporate lab, research, office, retail and housing space within six developing buildings. On this, MIT Executive Vice President and Treasurer, Israel Ruiz said, “our focus on advancing the Kendall Square innovation ecosystem includes a deep and historic understanding of what we call the ‘power of proximity’ to address pressing global challenges.”

Boeing and MIT have had many interactions and connections in the past, just earlier this year, it was announced that Boeing pledged USD 18 Million towards replacing MIT’s 80-year-old Wright Brothers Wind Tunnel. MIT Provost, Martin Schmidt regarding of MIT and Boeing’s connection, “our research interests have been intertwined for over 100 years, and we've worked together to advance world-changing aerospace technologies and systems.”