Boeing post biggest loss in a decade after 737 MAX crises 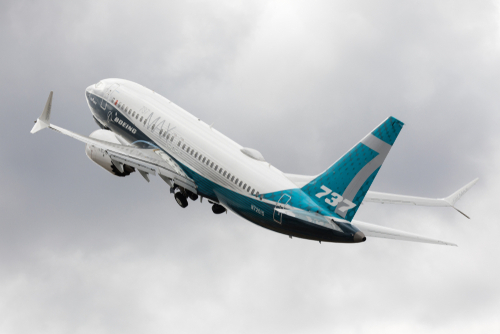 Boeing (NYSE:BA) reported on Wednesday its biggest quarterly loss in 10 years. The world’s largest plane maker slumped to a loss close to USD 3 billions in the second quarter, following the prolonged grounding of its bestselling 737 MAX jet.

The US plane maker reported a net loss of USD 2.94 Billions for the second quarter after it was charged USD 4.9 Billions, to cover compensation to airlines that have been affected by the delayed in delivering 737 MAX aircrafts since the single aisle-plane was grounded worldwide in March after two fatal crashes in Ethiopia and Indonesia that killed 346 people in a span of 5 months.

The revenues in the second quarter reported on Wednesday amounted USD 15.7 Billions, down USD 24.5 Billions the year before. After the second crash in Ethiopia, the number of single-aisle aircraft it monthly produced by Boeing in the Seattle area was reduced from 52 to 42. The suspended deliveries of the aircraft to airlines, cut off a key source of cash and hit margins. The Chicago-Based company recorded an earnings per share loss of USD 5.21. Moreover, free cash flow fell to a negative USD 1.01 Billions in the quarter which is the full quarter of operations since the MAX was banned commercially.

Boeing also said its first flight of the 777X is now delayed until early 2020 due to the engine problems announced last month, while its current plan for a first delivery to customers in late 2020 faced significant risk.