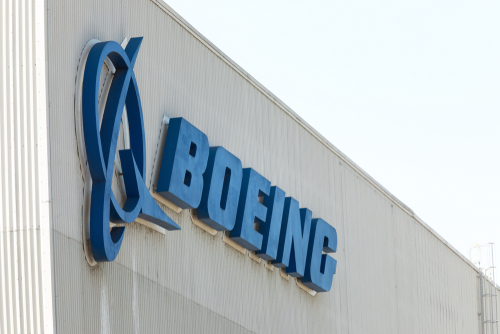 Boeing (NYSE: BA) stock sank by 3.6% on Monday after the stock was downgraded following known problems with the 737 MAX aircraft.

Credit Suisse analysts downgraded the stock to “hold” from a “buy” rating. Additionally, the firm also cut its price target on the stock from USD 416 to USD 323 per share, according to MarketWatch.

Credit Suisse analysts maintained a “buy” rating on the stock previously in hopes that Boeing would resolve the 737 MAX issues following the two deadly crashes.

“However, we can no longer defend the shares in light of the latest discoveries, discoveries which significantly increase the risk profile for investors,” the analysts wrote in the note.

Last week, reports surfaced that Boeing may have had knowledge about the problems with the anti-stall system linked to the two deadly crashes involving the 737 MAX plane. Aviation authorities have accused Boeing of improperly reporting documents about the aircrafts’ problems.

Credit Suisse also noted that moving forward Boeing will face problems with getting the 737 flying again as well as regaining the trust from regulators. Moreover, the analysts mention increased political risk as well as lack of confidence from customers regarding future aircrafts beyond the 737.

“This could result in lost labor force productivity when/if the MAX does return to service. We have seen the consequences of such events in shipbuilding: it can be ugly,” Credit Suisse said. “We also note that much of the Max workforce is unionized, and any harm could become a residual factor in future union negotiations.”

Along with Credit Suisse, other major firms such as Bank of America Merrill Lynch and UBS slashed their price targets as well.

Bank of America analysts maintained a “hold” rating on the stock, but cut the target price from USD 400 to USD 370 per share. Meanwhile, UBS analysts cut their rating from “buy” to a “neutral” rating and slashed its price target from USD 470 to USD 375 per share.