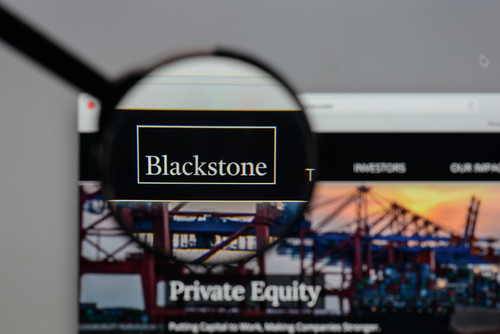 The New York-based firm’s economic net income (ENI) per unit for the three months through September rose to USD 911.4 Million, or 76 cents a share, from USD 822.1 Million, or 68 cents per share a year earlier. The ENI exceeded the 74-cent consensus estimate of analysts.

Blackstone said its assets under management were USD 456.69 Billion, up from USD 387.45 Billion a year earlier. The private-equity firm has set a goal of reaching USD 1 Trillion in assets by 2026.

On Oct. 4th, Blackstone agreed to buy Clarus, an investment firm focused on life sciences, to serve as a platform for future acquisitions and partnerships in that sector. Clarus will become Blackstone Life Sciences, a new business line for the firm. Blackstone also said on Oct.1st that it had completed its USD 20.4 Billion deal to acquire a majority stake in the financial and risk business of Thomson Reuters, renaming it Refinitiv.

Blackstone’s third-quarter distributable earnings, the share of profits that could be returned to shareholders, rose to USD 769.3 Million, or 63 cents a share, from USD 625.6 Million, or 52 cents a share, a year earlier. On Monday, Blackstone Chief Executive Officer Stephen Schwarzman pulled out of a star-studded conference in Saudi Arabia amid allegations that the Saudi government was complicit in the murder of dissident journalist Jamal Khashoggi. The move was noteworthy because of the firm’s ties to Saudi Arabia’s Public Investment Fund. The sovereign-wealth fund last year committed USD 20 Billion in matching funds for Blackstone’s infrastructure fund, which could eventually be as big as USD 40 Billion. Saudi Arabia has denied the allegations.