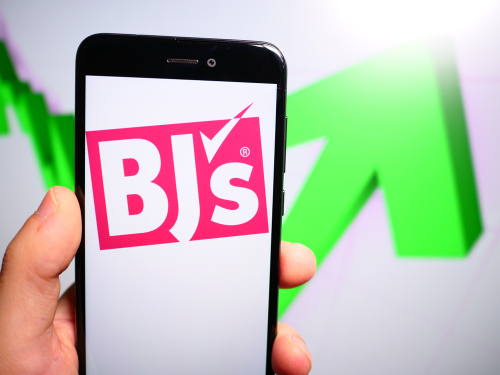 BJ’s Wholesale Club Holdings, Inc. (NYSE: BJ) reported on Tuesday third quarter profit that came in ahead of analysts’ estimates and raised its full-year guidance, sending its shares up more than 7% after the bell.

The warehouse club chain reported a net income of USD 54.4 Million, or 39 cents per share, beating estimates of 34 cents per share and marking a 53.1% gain from 25 cents per share a year ago. The Westborough, MA-based Company generated a total revenue of USD 3.15 Billion, a 4.3% surge compared to its year-ago quarterly results.

“We’re pleased with our third quarter performance, which exceeded our expectations for sales and earnings,” said Christopher J. Baldwin, Chairman and Chief Executive Officer, BJ’s Wholesale Club. “We continue to execute against our strategic priorities and have now delivered eleven consecutive quarters of improved profitability and five quarters of positive comp sales.

BJ’s also announced that it is expanding to Eastern Michigan, opening two new clubs in 2019. The new clubs and gas stations, located in Madison Heights and Taylor, will enable Metro Detroit families to save about USD 500 a year on groceries.

The new clubs will feature an extensive selection of prepared foods and a wide range of convenient services, including buy online pick up in club and digital coupons. The two clubs will bring a significant investment in the area as well as approximately 300 new jobs. The project is also expected to support up to 1,000 construction jobs. BJ’s Wholesale Club is actively searching for sites for additional clubs in the Metro Detroit region.

“We’re thrilled to enter such a dynamic market and be a part of Michigan’s future,” said Baldwin. “BJ’s is known for helping hard-working families save money, and Metro Detroit is a great fit for our clubs. Our expansion into this market is the result of our new, data-driven model for opening clubs, and we see significant potential in the region. We’re ready to serve Eastern Michigan families and bring great career opportunities to the area.”

Uber Will No Longer