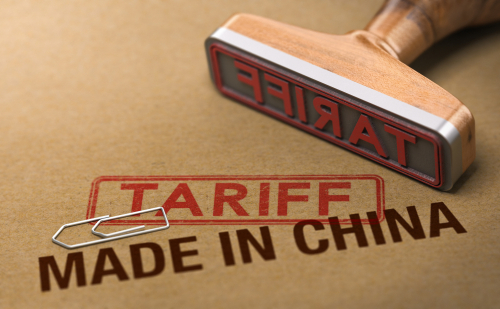 Giant Manufacturing Co. Ltd. (TPE: 9921) is bidding farewell to the ‘Made in China’ era. In response to tariffs threatened by President Trump in September, the global leader in biking began moving its U.S.-bound production out of its China factories and into its headquarters in Taiwan. Giant decided that moving its manufacturing outside of China was in its best interests when a trade war first ignited between two global superpowers.

"When Trump announced the plan of 25 percent tariffs...we started moving before he shut his mouth," Chairwoman Bonnie Tu said in an interview at Giant's Taichung City headquarters in Taiwan.

Giant is one of numerous global firms to shift away from China’s manufacturing bubble. Recently, Apple Inc. (NASDAQ:AAPL), the creator of arguably the world’s most popular mobile device, motioned to move its manufacturing capabilities beyond Beijing.

Last July, Giant announced it is setting up shop in Hungary with the reason that “moving production close to your market is a trend.” At the moment, Giant has one plant each in Taiwan and the Netherlands. It still has five remaining in China as the Company looks for a producer in Southeast Asia.

Giant was founded in 1972, and since then, its technology has aimed to increase performance while remaining accessible to all riders. Innovations, such as carbon fiber frames and impact-absorbing suspension systems, have allowed the Company to climb the bike market and become favorites for many elite cyclists.

Giant’s stock scaled 78% this year to become the top-performing company among global counterparts after investors and analysts noticed the Company’s readiness to avoid the consequences of the trade war. This upsurge came after 4 years of decline and not a single sell rating from brokerages tracked by Bloomberg.

"We see its global brand awareness as the main barrier for new entrants, and its flexible manufacturing sites as key to avoiding tariff risk on made-in-China products from the US and Europe," Daiwa analysts Helen Chien and Anita Li wrote in a June 5 report, in which they initiated coverage of Giant with an outperform rating.

The Chairwoman of Giant, Bonnie Tu, states that tariffs are adding on average USD 100 to the retail price of U.S. bound bicycles made in China. At the same time, moving  production comes with higher wages, automation, and “no China-like economy of scale for suppliers.”

Giant Manufacturing Co. Ltd. is receptive to moving its manufacturing back to Beijing if the U.S. and China are able to settle a trade agreement. Tu said, if America “decides to remove the 25% tariff, we will move the production back to China right away.”