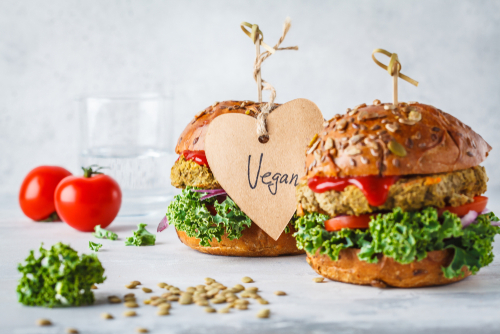 Beyond Meat, Inc. (NASDAQ: BYND) launched its initial public offering on Thursday morning on the Nasdaq Stock Exchange. The Company originally intended to list its share in between the range of USD 23 and USD 25 per share.

The Company opened its shares at USD 46.00, before soaring upwards to USD 61 per share. Beyond Meat’s market valuation was sitting at USD 3.35 Billion on Thursday afternoon.

Beyond Meat is a company designed towards creating new innovative meat-related products. However, the Company’s products do not contain regular protein from animals such as cows or pigs. Beyond Meat develops burgers, sausages, crumbles, and others directly from simple plant-based ingredients.

“By shifting from animal, to plant-based meat, we are creating one savory solution that solves four growing issues attributed to livestock production: human health, climate change, constraints on natural resources and animal welfare,” according to Beyond Meat’s site.

Similar to Beyond Meat, other large food processors have also taken the initiative to enter into plant-based meat industry. According to CNBC, Nestle announced that it would sell its own plant-based burger to American consumers. Tyson Foods (NYSE: TSN) sold its minority stake in Beyond because it plans to develop its own plant-based proteins, according to Axios.

In 2018, Beyond Meat reported revenue of USD 87.9 Million, up 170% year-over-year. The Company intends to use its proceeds from the IPO to invest back in manufacturing facilities, research and development, and sales and marketing.