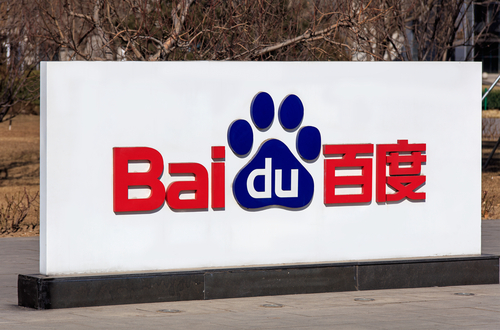 Chinese search company said total revenue rose 27% to RMB 28.2 Billion (USD 4.11 Billion) in the third quarter ended September 30. According to FactSet, analysts’ predicted revenue of USD 4.03 Billion.  The Company said the growth was driven partly by an increase in users and in the time spent on Baidu’s app.

Baidu said its daily active users (DAUs) reached a peak of 161 million in August and averaged 151 million in September 2018.

"Baidu delivered a solid third quarter with impressive results from search, feed and new AI businesses. Feed revenue has been a bright spot in driving Baidu's revenue growth due to robust user traffic growth, as well as strong traction with Baidu's video offerings," said Robin Li, Chairman and CEO of Baidu. "On the AI side, DuerOS continues to see strong adoption with an installed base reaching 141 million and voice queries surpassing 800 million in September 2018. On Apollo, we are gaining valuable L4 operational experience, with fully autonomous Apolong minibuses powered by Apollo running in over 10 locations."

On Wednesday, Baidu and Ford announced the commencement of a two-year joint autonomous vehicle test project, a move to push its self-driving project.