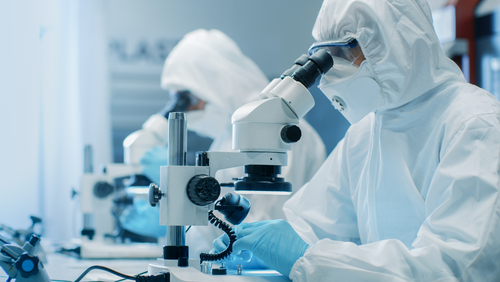 Shares of Axsome Therapeutics Inc.  (NASDAQ: AXSM) are more than doubling after positive trial results for the experimental drug, AXS-05. The result prompted the company’s stock to rise up to 160% in pre-market trading on Monday.

Axsome Therapeutics is a clinical-stage biopharmaceutical company developing novel therapies for the management of central nervous system (CNS) disorders. On Monday the Company announced that one of there experimental drugs that treats depression, AXS-05, met the prespecified primary endpoint and significantly improved symptoms of depression in the ASCEND Phase 2 trial in major depressive disorder (MDD).

After six weeks of the trial, the experimental drug was able to significantly improve symptoms of depression when compared to bupropion.

AXS-05 rapidly reduced depressive symptoms over those six weeks, demonstrating a statistically significant improvement over bupropion on the Clinical Global Impression-Improvement scale (CGI-I) at Week 1 (p=0.045). Starting at Week 1, AXS-05 achieved numerical superiority over bupropion on the MADRS total score, with statistical significance achieved at Week 2 and maintained at all time points thereafter.

After the announcement of the positive results,  Axsome shares rose more than 160% in pre-market trading to USD 7.00 per share. This only comes as the second,  sizable gain for the stock in a week.  Axsome shares climbed 29% last Monday resulting from management release of a year-end clinical update for its drug portfolio. Axsome had a market value of USD 78.4 Million as of Friday’s close.

The experimental drug is making strides in treating depression and has now been granted fast-track status by the FDA. The drug is also being tested a treatment for agitation associated with Alzheimer’s and smoking cessation.