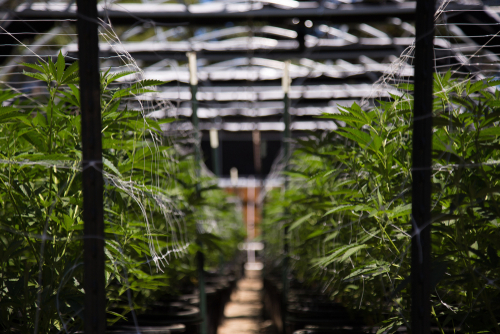 Aurora’s results were driven by stronger legal recreational cannabis sales in Canada, but despite the large revenue growth annually, it represented a shrinking margin. However, with the launch of Canadian consumer market, Aurora reported sales of CAD 21.6 Million. Aurora alone accounted for 20% of all consumer sales in Canada.

The Company’s strength continued within both the Canadian and International medical markets, which sales of CAD 26.0 Million, increasing by 8% in revenue and 23% in volume sold.

In the quarter, Aurora produced 7,822 kilograms of cannabis and sold 6,999 kilograms, which increased by 57% and 162%, respectively. The strong growth was led by the Company’s scale-up in cultivation operations and stronger demand across its markets.

"Aurora continues to execute strongly across all of its market segments, as demonstrated by the 83% revenue growth over last quarter and the significant increase in confirmed production results," said Terry Booth, Chief Executive Officer of Aurora.

"Our brands continue to resonate extremely well in the consumer market, our patient numbers continue to increase steadily, and we have maintained our market leadership in Germany and other key international markets. We are experiencing exceptional demand for our Canadian medical and consumer products, as well as sustained strong demand internationally. With our Aurora Sky and MedReleaf Bradford facilities ramping up production as anticipated and our other licensed facilities operating at full capacity, we are reiterating our earlier guidance of achieving sustained EBITDA positive results from the second calendar quarter of this year (our fiscal Q4),” concluded Booth.

Aurora now expects annual production rate of approximately 120,000 kgs of cannabis next year and projects to reach in excess of 150,000 kgs by the end of March 2019. The Company reiterates its previous guidance that Aurora will have 25,000 kgs for sale in the fourth quarter.