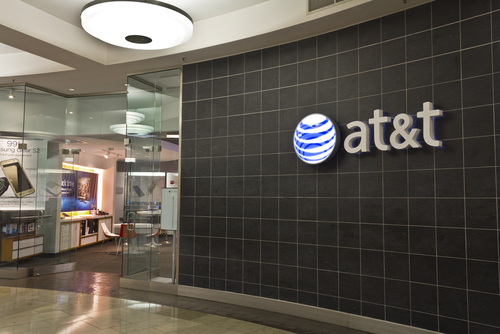 For the fourth quarter, AT&T reported earnings of USD 86 cents per share on revenue of USD 47.9 Billion. Earnings fell in-line with FactSet analysts’ estimates, however, revenue was lower than the consensus of USD 48.5 Billion.

AT&T said that its North American Wireless segment added 3.8 million total wireless users. 2.8 million were from the U.S., driven by connected devices and smartphones, while the rest was from Mexico.

Within the communications unit, AT&T saw its service revenue increased by 2.9%. The Company added 147,000 new phones in the U.S. and 467,000 branded smartphones were added to base.

AT&T also highlighted that its WarnerMedia revenue gained across all of its business units. The Company said that Warner Bros had stronger theatrical and television licensing revenue growth, while Turner and HBO saw subscriber growth.

However, within AT&T’s streaming service, it lost 14% of its base during the fourth quarter. DirecTV Now ended the quarter with 1.6 million subscribers. The loss of subscribers can be due to new companies entering the industry such as Disney (NYSE: DIS), Apple (NASDAQ: AAPL), and NBCUniversal, according to CNBC.

“Our top priority for 2018 and 2019 is reducing our debt and I couldn’t be more pleased with how we closed the year. In 2018, we generated record free cash flow while investing at near-record levels. Our dividend payout as a percent of free cash flow was 46% for the quarter and 60% for the year, allowing us to increase the dividend for the 35th consecutive year,” said Randall Stephenson, AT&T chairman and Chief Executive Officer. “This momentum will carry us into 2019 allowing us to continue reducing our debt while investing in the business and continuing our strong record for paying dividends.”

For fiscal 2019, AT&T is forecasting low-single digit adjusted earnings growth and a dividend payout ratio in the high 50% range.