Asian Stocks Start the Year with a Bang, Hang Seng Climbs Up 1.5 Percent 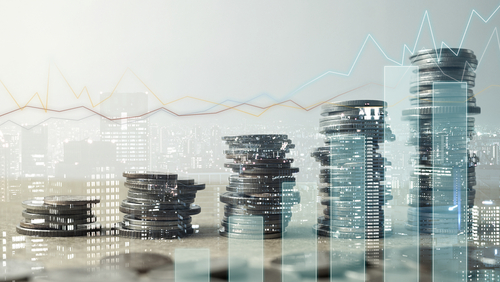 The first trade session of 2018 was boosted by the strong performance of Asian indexes. At the same time, the dollar continued to stay on the rear foot and touched its minimum in the last three months.

The S&P/ASX 200 dropped down and traded 0.12% lower. The declines in heavily-weighted financials and healthcare sub-indexes offset the gains of the telecommunications industry. Stocks of gold producers increased by 1.18% with the metal holding onto the gains made in the previous week. There was 1.36% increase in Newcrest and 3.75% increase in Kingsgate.

The markets of South Korea managed to carve out minor gains after the geopolitical developments related to North Korea last week. Kospi, the benchmark index of the country stayed fixed on 0.24% with gains in most technology stocks and simultaneous declines in automobile stocks. Tech giants such as SK Hynix and Samsung Electronics increased by 0.39% and 0.35% respectively. At the same time, there was a 2.24% decline in Hyundai Motor.

China markets were also a part of the overall market boom. Hang Seng Index of Hong Kong increased by 1.55% with considerable hikes in banking and property shares. The morning trading session saw a 9.58% increase in Sunac, 9.26% increase in Country Garden, and 5.38% rise in China Evergrande Group.

The markets in Thailand, New Zealand, and Japan remained shut for holidays. There had been a significant increase in the region’s equities last year. The overall stock index of MSCI in the Asia Pacific region (excluding Japan) finished the year with over 30% gains.

The final trading session saw a slightly lower performance by Wall Street. The industrial average of Dow Jones declined by 118.29 points (or 0.48%) and closed at 24,719.22. Even then, the major American indexes recorded significant gains for 2017. There was a 25.2% increase in the Dow Jones last year, while the S&P 500 benchmark index increased 19.5 percent.

The dollar in Australia prolonged gains that were made prior to the new year. It last traded at $0.7821. The high commodity prices and weaker greenback have helped support the performance of the Australian dollar.

As far as the energy stocks are concerned, oil prices ended the year on a high, with American crude crossing the $60 benchmark after a long time.