As CEOs Resign From White House' Business Council, the President Shuts it Down 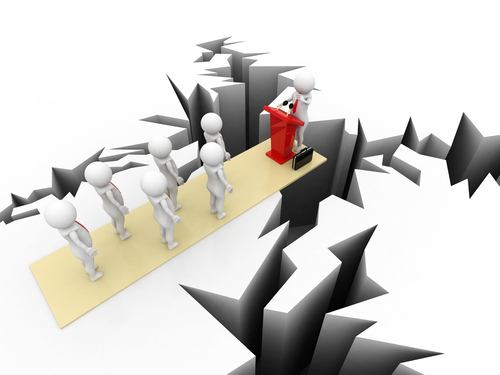 In the recent events of that occurred in Charlottesville, VA and President Trump’s response to the events has led to several CEOs in the White House' business council to resign. Major CEOs from companies such as Merck & Co. (NYSE: MRK), Under Armor Inc. (NYSE: UAA), and Intel Corp. (NASDAQ: INTC) began the movement as other CEOs joined and resigned as well from the council.

The three CEOs were among the first to resign from Trump’s manufacturing council, on Wednesday however, four more CEOs have resigned in protest to the president's responses to events in Virginia. Soon after the President ended advisory councils.

The President tweeted, “Rather than putting pressure on the business people of the Manufacturing Council & Strategy & Policy Forum, I am ending both. Thank you all!”

Kenneth Frazier, CEO of Merck & Co. Inc, the first to resign back on Monday, said in a statement, "America's leaders must honor our fundamental values by clearly rejecting expressions of hatred, bigotry and group supremacy." He also said, “I feel a responsibility to take a stand against intolerance and extremism.

Shortly after Frazier resignation, Under Armor and Intel CEO followed the same day.

Kevin Plank, CEO of Under Armor, also announced his resignation and tweeted, "We remain resolute in our potential and ability to improve American manufacturing," but he also said, "However, Under Armour engages in innovation and sports, not politics." Plank was also criticized back last Winter for his support for the presidency. Intel CEO, Brian Krzanich, said in a statement."I resigned from the council to call attention to the serious harm our divided political climate is causing to critical issues including the serious need to address the decline of American manufacturing. Politics and political agendas have sidelined the important mission of rebuilding America’s manufacturing base."

Trump’s response to the CEOs that were the first resign from the council was that he has many other options to fill their positions and that they shouldn’t have joined the council in the first place.

Wal Mart Stores Inc. (NYSE: WMT) CEO, Doug McMillon, sent out a statement saying, “As we watched the events and the response from President Trump over the weekend, we too felt that he missed a critical opportunity to help bring our country together by unequivocally rejecting the appalling actions of white supremacists. His remarks today were a step in the right direction and we need that clarity and consistency in the future.”

McMillon, just like the other CEOs that didn’t resign, will remain on the council to advise the President.

By Wednesday, 3M Co. (NYSE: MMM) CEO Inge Thulin had also resigned from the council. Thulin is now the seventh and latest CEO to resign.